The Inside Track: Sports Journalism 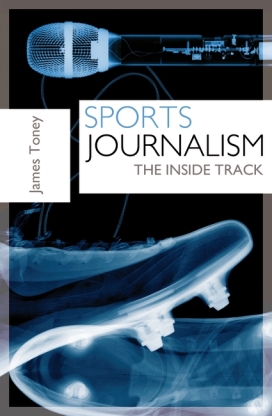 Journalism, like many industries, has a language all of its own. Fortunately, it isn’t too complicated and is quite easy to pick up.

In his new book Sports Journalism (out 20th December 2012), James Toney, managing editor at national press agency Sportsbeat, gives aspiring sports journalists the inside track on the exciting and first-paced environment of sports journalism and how to get into it. He also provides a handy glossary so that when someone on the backbench tells you, ‘We’re off stone early tonight so need to have your copy  filed by 8 and will add quotes later,’ you will soon understand what it means.

Here’s a few taster terms to get you started:

Backbench – The senior management of a publication or media outlet, which normally includes the editor, deputy editor, news editor and chief subeditor.

Filing – The act of sending your story to your editor.

Gaggle – An informal press conference, usually a gathering of reporters around a player or coach after an event.

Kill – To prevent a story from running. A kill fee may also be paid to a freelancer for a story that has been commissioned but not published by a media outlet.

Off stone – An old term, dating back to printing techniques, for the final time a newspaper must be sent to the printers.

Round table – When a number of journalists interview together, usually when time would not permit an athlete to give a number of one-on-ones.

Stringer – A freelance journalist hired on an ad-hoc basis to cover events.