A rare picture of the first three five-time winners of the Tour: Merckx, Hinault and Anquetil. #tdf 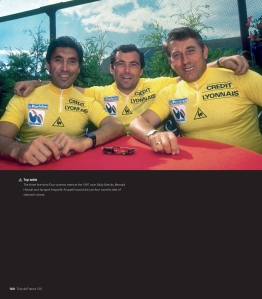 This entry was posted in Uncategorized. Bookmark the permalink.
Loading Comments...